Forget Strategy, RFID is the Way to Go

I admit to being a bit confused. I was recently directed to the Bain Management Tools survey, which looks at around 25 management tools, and asks organisations to rate them on both the importance of the tool, and their satisfaction with it.

KM comes out middling, I guess. It ranks 8th in terms of importance, but 22nd in terms of satisfaction. This is obviously of concern, and needs to be addressed. Maybe once KM can be defined, it might stand a better chance of meeting expectations.

In this survey list, though, was a little bit of bizarreness. Amongst other leadership tools like corporate strategy, CRM, Six Sigma, TQM, and all the other usual suspects was this little guy:

Now, as in love as I am with gadgetry and technology, I cannot come up with any way that RFID can be justified as a management tool in the same class as these others. Am I missing something here? Or have I just being going to the wrong sort of management meetings?
Posted by KMFool at 5:18 am 2 comments:

KM in the News

I came across an article from telegraph.co.uk looking at management fads, and KM got a mention. I was particularly interested in this paragraph:

The general idea of knowledge management is hard to argue with. Few do. It's still broadly in favour. However, many knowledge management schemes put in by different companies have come under attack for being needlessly complex, and for saving too much useless information.

The article places the emphasis on the technology side of KM, while also mentioning that "[s]ome knowledge management is cultural", which places the above paragraph in a neat context. The interest to me here is the perception of KM outside the domain of KM theorists and practitioners, as essentially an IT-driven process.

I'm of the firm opinion that this perception that this article has the idea barse-ackwards, but my opinion doesn't matter. Clearly, more needs to be done to promote the importance of knowledge-sharing culture within organisations, rather than the systems that support it - which are often crucial, but not the deciding factor.

Basically, the best IT system available may have no impact on KM outcomes. Most of the really good KM initiatives I have seen over the years have come not from brining in a new system to solve the problem, but from using existing systems to make cultural changes.

This was well demonstrated at the recent KM Australia conference, with the presentation that impressed me the most over the 2 days - Cheryl Walker's experiences of building k-sharing culture at National Australia Bank. Having worked for 2 of the big 4 banks in Australia in the past 10 years, my regard for the organisation and the way it supported it staff was not good, so I was expecting much. Instead, I was blown away by how much Cheryl was achieving with the small resourcing she had available. No new technology platforms, no major IT investment, but still getting results.

Such experiences are the ones that give me the most hope.
Posted by KMFool at 2:43 pm 1 comment:

Patrick Lambe on his Green Chameleon blog mentioned me mentioning to him about a great little tool called "tiddlywiki". He does a good job of mentioning some of the benefits (and drawbacks) of using a tiddlywiki.

2 things I'd add though, both connected to its status as an open source tool. One is, as with many OSS tools, is that there is a very active development community behind it. It also means that the less geeky may have some trouble getting started, which is where a great site called tiddlywiki for the rest of us comes in.

Secondly, much like Mozilla Firefox, tiddlywikis can be enhanced through the use of plug-ins (similar to FF add-ons). There are all sorts of plugins for doing anything from adding a clock to you tiddlywiki, to setting up the wiki with an rss feed and using it as a blog. There's a whole mess of plugins available via del.icio.us.

In doing some reading about tiddlywiki, I also came across a great term for referring to it via wikipedia (there must be some word for using a wiki to find out about a wiki, like using a search engine to find another search engine). You see, tiddlywiki can be used as a "guerrilla wiki", which is a wiki you can use without having to get it approved and tested by your IT area as you would a normal software, and without having to worry about internal documents and sensitive information being stored outside of your IT environment.

In fact, the colleague who introduced me to tiddlywiki was using it as a resource for his team to capture processes and learnings, and just sat on their network drive as a single html file.

So, if you've always wanted to start playing with wikis, but were put off by having you mistakes available to the world - or you're looking at introducing wiki within your organisation by stealth, tiddlywiki might be for you.
Posted by KMFool at 9:40 pm 1 comment:

I've been flitting in and out of reading a 'conversation' (read: minor flame war) on actKM about the relationship between KM and other disciplines such as information management, records management and IT. I began to see red though, when reading through some statements made about KM's absolute dependence on technology, which really made all information and knowledge domains fall under IT.

To me, this view of the supremacy of IT over all other disciplines comes from the often desperate need of IT departments to secure additional funding to deliver on unmet user expectation. With increasingly flashy tools and sophisticated, targeted marketing campaigns, its no wonder users are getting to the point of expecting their computer to work just like the oh so clever computer in Star Trek. And vendors use this to their advantage in selling their product as a solution to all your problems, by tacking onto the product something about it being a KM or ECM solution.

I don't blame IT areas for this - given the nature of the complaints I get get to hear about "this stupid computer isn't working" problems, which end up as id-ten-t errors. Still, I've blogged before on my suspicions about vendors colluding with IT areas to get additional funding by re-badging the latest version of their product as a solution to X. Ad whoever the poor bunny who happens to be responsible for X suddenly has their budget ripped out from under them. I admit its an absurd conspiracy theory, with no evidence to support this supposition, but so apparently are parachutes.

A good example I've seen doing the traps at the moment is Microsoft Sharepoint - a fantastic tool that quite possibly not only removes any need to worry about KM & IM (and RM, and HRM, and CRM, and...), but by all accounts is likely to solve world hunger, repair the environment, and be a better lover than I could ever hope to be. Now, to me its obvious this can't all be true (until I see cookie dough flavoured Sharepoint, anyway), which makes it all the sadder when organisations blow multiple budgets on it, than can't figure (a) how to use it; and more importantly (b) hot to get your staff to WANT to use it - as opposed to making them have to, assuming you can get past (a).

KM and IM are particularly vulnerable to this sort of pillaging because a win in these areas doesn't add value, it prevents value from being lost (the price of preventing, say, a high-profile figure being humiliated by a gap in their knowledge). IT, on the other hand, plays straight into the 'boys and their toys' mindset of a number of decision makers in any organisation - and me as well - since there is a shiny new product that is the answer to all problems, despite not really knowing what it does or how it will do this (like the machine that goes "ping", for the Monty Python fans).

Now, this all ties back to a poor joke I made recently while I was fortunate enough to be dining with some KM luminaries in Canberra last week, that "you can't say 'knowledge management' without saying 'no'". As per usual, this stupid remark probably used up more of my wisdom allotment than a year's worth of considered, thoughtful comment. Knowledge managers are - by and large - are fairly communal bunch, concerned with opening doors and making connections, and generally trying to get a sort of hippy-flavoured free love, everyone should love everyone vibe going. Which is fine, until a rapacious, under the hammer, desperately under-resourced leopard comes along and demolishes your work by consuming all your funding. I think maybe its time for KM to put away the carrot and start with the whip. So, here's to the start of a bit of k-NO-wledge management.
Posted by KMFool at 10:22 pm No comments:

After being the webmaster for actKM for the past 12 months, it seems like time to begin running my own blog, as an outlet for generating content instead of managing it.
Posted by KMFool at 9:52 pm 2 comments: 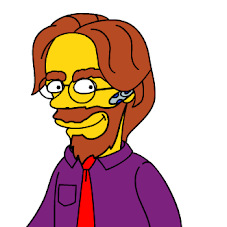